“Here they come now, here they come
A pulling you away
There are powers at play more forceful than we
Come over here and sit down and say a short prayer
A prayer to the air, the air that we breathe
And the astonishing rise of the Anthrocene…” 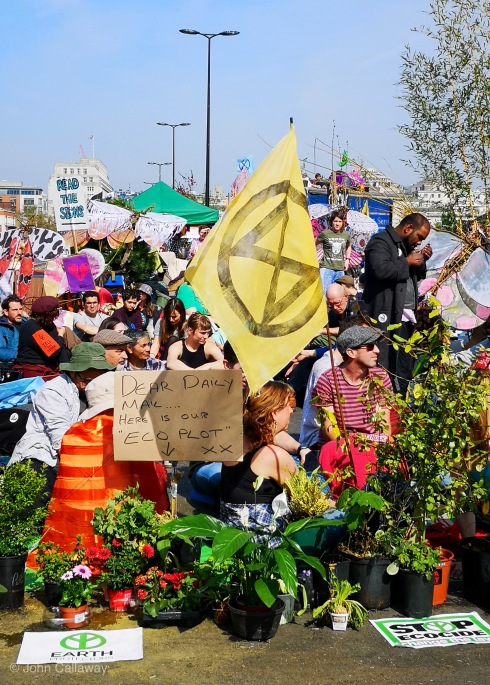 Extinction Rebellion, Waterloo Bridge. Peaceful protest, direct action…and, as our politicians should remember, another “voice of the people” in a country where some voices appear more able to be heard than others. 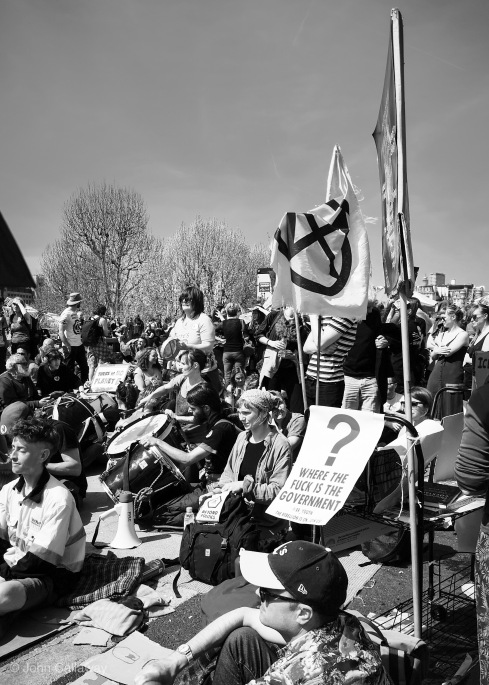 More on Extinction Rebellion here. Not by any means the ‘answer’ to climate change, but a catalyst for dialogue, discussion and action. “Where the fuck is the government” indeed… 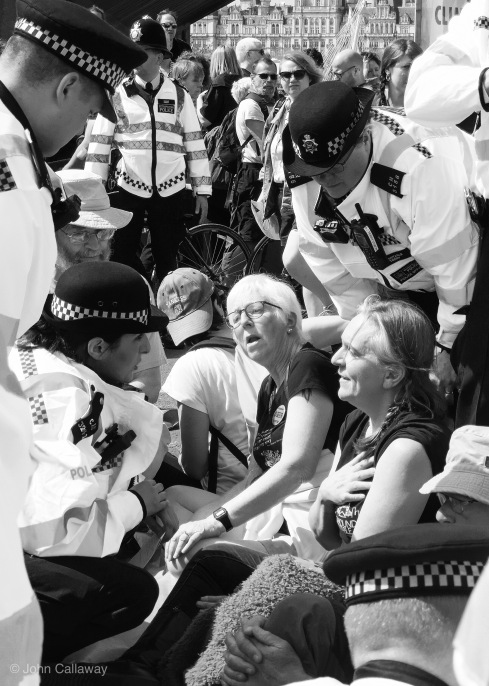 The police understand the parameters within which they can act. “We have been asked why we are not using tactics such as containment, physically and forcibly stopping the protesters from moving around. The simple answer is we have no legal basis to do so. These are peaceful protesters; while disruptive, their actions are not violent towards police, themselves or other members of the public.

“We are looking at other tactics, such as tighter police cordons, but again that is resource-intensive in terms of officer numbers and, more often than not, it just shifts the protesters to another location nearby and does not assist in reopening roads.”

Perhaps the Home Secretary should have a better understanding of the ‘full force of the law”, lest anyone think that his guiding principle was that of political advancement…

More to consider below. The photos are from just a few hours on the bridge. There is a much bigger picture here…

“In The Age Of Fire” Dark Mountain

One response to “Arresting images…”

This site uses Akismet to reduce spam. Learn how your comment data is processed.